BUY WITH PACK BUY THIS PAGE

Mullen Test vs. ECT: which rating should you use when selecting material for your corrugated boxes?

Corrugated shipping cartons are subjected to a lot of different kinds of strain during packing, shipping and storage. We put heavy contents in them and then stack cartons on top of each other. During shipping, they may be at the bottom of a heavy pallet or stacked among boxes of different weights and sizes on a delivery truck. They may be thrown about or subject to sudden forces that can puncture or rupture their sides.

Choosing the right corrugated material for your box depends on a few factors:

There are two common methods for measuring corrugated material strength in the carton industry: the Burst (Mullen) Test, and the Edge Crush Test (ECT). Let's take a closer look at how each test is done, how they compare and how to understand ratings from each type of test. 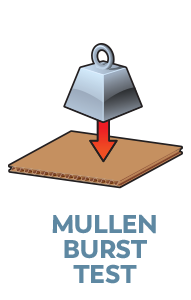 The Burst (or Mullen) Test has long been considered an industry standard. It measures the force required to burst or rupture the face of a corrugated board. The Mullen Test suspends a piece of corrugated material and uses a machine to apply increasing levels of force to the face of the material until it bursts.

The Mullen Burst Test is geared towards measuring the forces a carton may be subjected to during rough handling as well as the amount of weight the box can hold. It does not measure how much weight can be stacked on top of the carton. To understand stacking strength, you need to look at Edge Crush Test (ECT) ratings. 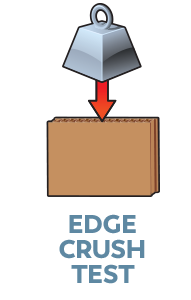 Edge Crush Testing measures the force applied in pounds per linear inch of load-bearing edge and is reported as an ECT rating. 32 ECT is the most commonly used corrugated material.

ECT has grown in popularity since its invention in the 1990s because it provides a better measure of how well boxes will hold up to stacking and palletizing. Modern shipping and warehousing methods mean that most products are now shipped and stored in pallets, where boxes may be stacked several layers deep. So the box not only must be strong enough to hold the weight of the product within, but also have edges strong enough to hold all of the weight on top without crushing or deforming.

Unlike Mullen Test ratings, ECT ratings do not require a minimum amount of base paper in the corrugated material. This means that ECT-rated boxes are generally lighter and use less material than a Mullen-Tested box that is considered to be equivalent. This can help companies reduce shipping costs and improve environmental metrics.

Which Rating Should I Use: Burst Test or ECT?

While there are charts that show conversions between Mullen Test and ECT ratings, it is important to remember that the tests are not equivalent. They measure completely different things.

If you are stacking and palletizing your cartons, ECT provides a better measure of how well they will hold up in a stack. If you are shipping individual boxes and are concerned about rough handling conditions, you may be better off with Mullen-tested cartons. These tend to provide better protection against damage from external forces (such as dropping, kicking or punctures) than boxes with an equivalent ECT rating. A box with a Mullen Test rating of 200# is equivalent to 32 ECT in terms of stacking strength, but will have a bursting strength about 60% greater than the ECT box. This will not matter if your primary concern is stacking and palletizing, but can make a big difference if your box is handled roughly during delivery.

Need help deciding which type of corrugated shipping carton is right for you? Pantero carries a broad range of box sizes, weights and styles, including both ECT and Mullen Test rated boxes. We can help you choose the right box for your products! 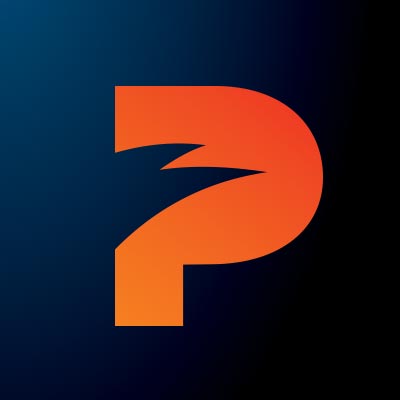 How To Customize Packaging for Your E-Commerce Business

First impressions matter. And the kind of packaging you use for your e-commerce business can make the difference between impressing customers and underwhelming them. Packaging is more than just a protective encasement for your products. It's also a canvas that enables you to show off your brand's charm. Custom packaging is the key to protected products, a strong brand identity, and a close connection with customers. Let's look at the reasons custom packaging matters and some tips on how to customize packaging for your e-commerce business.

What To Consider When Storing Shipping Boxes

Your business has an abundance of boxes that need storing. But how do you store them properly? The last thing you want is for your boxes to get damaged before you can use them. This can cost time and money, and hinder your business's ability to get packages out the door and into customers' hands. Here's what to consider when storing shipping boxes for future use.

The Difference Between Straight Tuck and Reserve Tuck Boxes

Whether you run a business or work in a warehouse, having the proper shipping equipment is necessary. If you want your products shipped from point A to point B with little to no damage, you need to use efficient boxes. So, as a result, you decide to take a look into tuck boxes that perfectly suit your products. Tuck boxes mostly suit packing, so products stay safe and secure. Most companies rely on tuck boxes for both delivery and stylish appearances. So, what kinds of tuck boxes get used the most for product companies and manufacturers? Here is the difference between straight tuck and reverse tuck boxes, so you have multiple options.